First something about the big picture, Christian apologists want to make a case for Christianity based on laws of nature and science, by showing that there ought to be a Transcendent Creator of our universe. They make this case, in one breath, and in the very next, deny all of science, by insisting on Eucharist, man-God of Jesus, who is not Transcendent, resurrection and miracles that violate laws of nature.

Atheists are right in exposing the irrationality of the Christian dogma. However, the Christians are right in as far as their claim that there needs to be a Creator of this universe, Who employed natural means to do His work. However, both parties in their self-conceit are not listening to how Islam resolves their conflict; Islam as understood by the Ahmadiyya Muslim Community.

In a trilateral discussion between atheists, Christians and Muslims, I believe we can appreciate reality better and come up with better theology, especially if the discussion not only involves the Creator and purpose of the universe, but, also His complete Transcendence, Original Sin and evolution of life on our planet, Trinity and Eucharist.

Prof. Richard Dawkins has one of his better moments, in the beginning, in this debate, when he says that it is senseless to believe that God had to come to earth on a suicidal mission and again around 34 minutes mark into the debate, when he asks the question, if Adam and Eve did not exist, where did Original Sin come from? Both these questions Muslim theologians do not have to face, so, all else being equal, they can present a better case to the atheists or agnostics for a Creator God:

Around 44 minute mark, until 47 minute mark, the Cardinal has rough time defending Eucharist, until he is rescued by the moderator. Eucharist is one of the gigantic conflicts with science in Christianity and it is an area of criticism that cannot be leveled against Islam. The Cardinal seems to have good command over the situation, in many spheres of knowledge and wit, but, when it comes to Vicarious atonement, Eucharist and Original Sin, he is completely mute and dumbfounded.

Now a few words about credentials of the debaters. George Pell AC (born 8 June 1941) is an Australian cardinal of the Roman Catholic Church. He is the eighth and current Archbishop of Sydney, serving since 2001.[1] He previously served as auxiliary bishop (1987–96) and archbishop (1996–2001) of the Archdiocese of Melbourne.[2] He was created a cardinal in 2003.[3] Clinton Richard Dawkins, FRS, FRSL (born 26 March 1941) is an English ethologist, evolutionary biologist[1] and author. He is an emeritus fellow of New College, Oxford,[2] and was the University of Oxford‘s Professor for Public Understanding of Science from 1995 until 2008.[3] Dawkins is an atheist, a vice president of the British Humanist Association, and a supporter of the Brights movement.[5] He is well known for his criticism of creationism and intelligent design. In his 1986 book The Blind Watchmaker, he argues against the watchmaker analogy, an argument for the existence of a supernatural creator based upon the complexity of living organisms. Instead, he describes evolutionary processes as analogous to a blind watchmaker. He has since written several popular science books, and makes regular television and radio appearances, predominantly discussing these topics. In his 2006 book The God Delusion, Dawkins contends that a supernatural creator almost certainly does not exist and that religious faith is a delusion—”a fixed false belief”.[6] As of January 2010, the English-language version had sold more than two million copies and had been translated into 31 languages.[7]

From Dawkins and Pell, let us move to Mark Twain and Thomas Paine, who was one of the Founding Fathers of USA. Mark Twain, a famous American writer, said, “It took a brave man before the Civil War to confess he had read the Age of Reason … I read it first when I was a cub pilot, read it with fear and hesitation, but marveling at its fearlessness and wonderful power.” So, now that we have age of information, let us enlighten ourselves about Vicarious Atonement, with an excerpt from Thomas Paine’s book Age of Reason:

From the time I was capable of conceiving an idea, and acting upon it by reflection, I either doubted the truth of the Christian system, or thought it to be a strange affair; I scarcely knew which it was: but I well remember, when about seven or eight years of age, hearing a sermon read by a relation of mine, who was a great devotee of the church, upon the subject of what is called Redemption by the death of the Son of God. After the sermon was ended, I went into the garden, and as I was going down the garden steps (for I perfectly recollect the spot) I revolted at the recollection of what I had heard, and thought to myself that it was making God Almighty act like a passionate man, that killed his son, when he could not revenge himself any other way; and as I was sure a man would be hanged that did such a thing, I could not see for what purpose they preached such sermons. This was not one of those kind of thoughts that had anything in it of childish levity; it was to me a serious reflection, arising from the idea I had that God was too good to do such an action, and also too almighty to be under any necessity of doing it. I believe in the same manner to this moment; and I moreover believe, that any system of religion that has anything in it that shocks the mind of a child, cannot be a true system.

Many Christians take refuge in the Omnipotence of God to believe in irrational dogma. What they fail to recognize is that even though, God the Father, is Omnipotent and Omniscient, He is not irrational or illogical. In the same vein, He cannot reveal things that are against His works, nature or science. God is consistent and not self-contradictory, so, science does not contradict genuine revelation or a true religion.

In summary, it is very important to look at the big picture, atheists are right in exposing the irrationality of the Christian dogma. However, the Christians are right in as far as their claim that there needs to be a Creator of this universe, Who employed natural means to do His work. Additionally, human race cannot find consolation without the Providence of All-Powerful and Loving (Al Raheem), Transcendent God. Unfortunately, both parties in their self-conceit are not listening to how Islam resolves their conflict; Islam as understood by the Ahmadiyya Muslim Community. 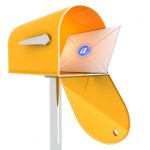